What is a flute choir? Originally developed to give collegiate flute players more opportunities to perform, flute choirs have become more mainstream. They’re now found throughout the United States and include both professional and amateur musicians. Students in the Cosgrove Studio have the opportunity to play any of the following instruments in a flute choir: piccolo, alto flute, or bass flute.

A half-size flute pitched in the key of C an octave above the standard flute, the piccolo is most often seen in marching and concert bands. You will also hear the piccolo used extensively in both amateur and professional flute choirs. High school band directors often reserve the opportunity to play this instrument for their more advanced or reliable students. 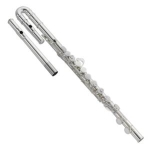 Students often fall in love with the rich, comparatively-low pitch of the alto flute. Pitched one fifth of an octave below the standard C flute, the instrument is relatively easy to pick up. The fingers are exactly the same as those for the flute. Musicians just need to transpose the music down one fifth of an octave. You may have heard the alto flute used in jazz or rock music. 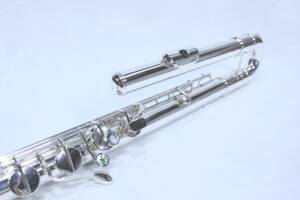 Michelle’s favorite flute, the bass flute is pitched a full octave below the standard C flute. With its considerable size, the bass flute can be a bit unwieldy to hold and transport. Committed musicians will find that it’s totally worth the extra effort. The bass flute is not as portable as its cousins and is meant to provide the bass line to flute choirs and occasional concert bands. Musicians are encouraged to take regular breaks because playing bass flutes can prove tough on the wrists.

Learn more about lessons for other instruments, including more members of the woodwind family and additional instruments from across the entire orchestra: